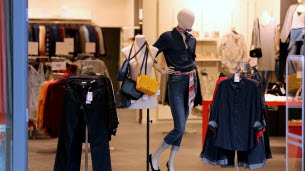 After three days of debates under the “climate and resilience” bill, the National Assembly voted in favor of environmental labeling on Wednesday. The first article of the government text had been the subject of almost 900 amendments.

What is it about ?

Specifically, it will try to experiment (before perhaps forcing) the implementation of a “carbon score” in products, a bit like the nutri-score already does for food. An environmental sample that aims to guide consumer behavior.

This labeling will not be mandatory since the experiment must last a maximum of 5 years. It should be “easily and intuitively readable with a clear color code”.

What sectors are they?

The deputies voted in favor of an amendment so that this “CO2 score” is implemented first in the textile industry “to incentivize brands to work with virtuous countries.”

But behind this sector, the furniture, hospitality and electrical and electronic products sectors could also be affected.

Why the garment industry?

The clothing sector is particularly polluting. In fact, the fashion industry is the second largest source of pollution in the world. According to Ademe (Ecological Transition Agency) 2,700 liters of water would be needed to produce a T-shirt (the equivalent of 70 showers) and 11,000 liters for jeans (or 285 showers).

What are the criteria?

If the initiative starts from a good intention, several criticisms are made. On the side of elected environmentalists, this article of the climate bill is considered insufficient. In fact, the experiment could last 5 years, which is too long for the Greens. The Citizen Climate Convention, whose proposals inspired the bill, had proposed “the implementation of a reliable C02 score by 2024,” as well as a visualization of the balance of greenhouse gas emissions to educate consumers.

And then, “environmental labeling has been the subject of successive laws for twelve years without success,” laments Delphine Batho. “The government wants to wait another five years while things are ready,” adds Valérie Grammond, co-founder of the Green Lobby organization.

For environmental NGOs, the measure is certainly positive, but not at all structuring. In Greenpeace, for example, it is judged that this score “will serve as a wild card against other much more structuring measures that actually lead to emission reductions”.

In addition, Ademe had already launched a voluntary and experimental “environmental exhibition”, following the anti-waste law of February 2020, which provided for the testing of said device for 18 months. It is a note (from A to E) that appears on a label with a blue planet, marked with the inscription “environmental impact”.

Elected officials are also struggling to agree on the criteria for this environmental labeling. At the moment, the score will be based on greenhouse gas emissions and damage to biodiversity or landscape caused by the manufacture and destruction of the product.

This is where splits take place. From the left, several deputies tried in vain to “enrich” the carbon score, with a “social deployment”, criteria on human rights or transport.

On the side of the elected LREM, communists or LR, amendments have also been proposed to create a “low carbon intensity” label or an “environmental score” that provides advantages in terms of advertising virtuous products and services for the environment. “I wonder if we are not in the process of creating an ultimately counterproductive gas plant,” questioned Jean-Marie Sermier (Les Républicains).

The population must adopt the new collection system