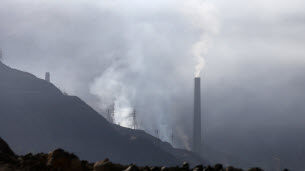 A solution to global warming? In an attempt to fight the rise in temperature on Earth, a team of American researchers had an … amazing idea: artificially cool the atmosphere using a balloon. How? ‘Or what? Releasing large amounts of calcium carbonate dust several kilometers above the Earth’s surface.

But in the face of much criticism, scientists and the Swedish Lapland space center with which they were working on this project changed their minds.

Mitigate the effect of solar rays

The start of the tests was scheduled for June. A test launch of the balloon should have taken place from the small Esrange space center near Kiruna, north of the Arctic Circle, Sweden, as part of the project called “SCoPEx” (“Stratospheric Controlled Disturbance Experiment”).

Initially, the goal was to send this balloon into the stratosphere without releasing material. Other experimental launches would follow, with the aim of testing on a very small scale an artificial cooling technique of the atmosphere, by diffusing a test quantity (less than 2 kilos) of matter particles to attenuate the effect of the sun’s rays. ., And therefore, the warming of the atmosphere. In theory, at least.

Inspired by the climatic effects of volcanic eruptions, the technology deserves to be studied to combat global warming that is spiraling out of control, according to its proponents.

Dangerous and difficult technology to master?

But this project has raised important concerns, as is the case with many investigations in geoengineering, this set of techniques that aim to manipulate, or even modify, the Earth’s climate or environment.

Scientists and environmental organizations are extremely concerned about this artificial cooling, a technology that they consider dangerous and above all very risky to master.

“We are talking about a technology that could have extreme consequences, that could alter hydrological cycles, disrupt the pattern of the moon and increase droughts,” Johanna Sandahl, president of The Swedish, told Euronews a few days ago. Society for Nature Conservation, Sweden’s largest environmental association. “It seems unmanageable and too dangerous to implement.”

“There is no clear international consensus on the appropriateness of this type of research,” the Swedish Space Corporation (SSC), the public company that operates the Esrange site, said on Wednesday.

“After discussions with Swedish experts and stakeholders, and in agreement with Harvard, SSC has decided not to conduct the planned test flight with a balloon this summer,” it said in a statement.

Above all: study the social and ethical aspect of the project.

A special committee created by Harvard University to study in particular the social and ethical aspect of the project announced at the same time that it had also requested the cancellation of the test flight in June. And this to allow more consultations with Swedish civil society, in particular with the Sami, an indigenous people of Lapland.

The committee “recommends that social discussions take place in Sweden before any SCoPEx research takes place in the country,” it says on its site, without abandoning the project. “This will likely delay (a balloon) takeoff until 2022,” according to the committee.

Solomon | Waste treatment. Targeting errors are costly to the community and users

a text with no real impact on advertising

With the current incentive rate, residents must equip

120 people participated in the activities in the Seillon forest