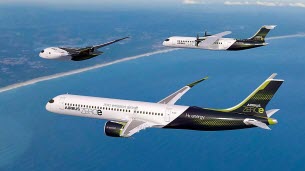 Hydrogen is everywhere, but it is rarely pure. In general, it is associated with other elements such as oxygen or carbon. For use in industry, therefore, it must be separated from these items.

Hydrogen is a gas that is neither polluting nor toxic at all. It does not participate in the greenhouse effect, because it only releases water into the atmosphere.

However, if hydrogen is clean during use: as a fuel in an engine, it only emits water vapor. On the other hand, its production is polluting, emitting a lot of carbon monoxide (CO) and dioxide (CO2).

The hydrogen car already exists. But its distribution is hampered by the price, from 50 to 80,000 euros, the few recharging stations and the size of the tanks. Several car manufacturers and suppliers have announced large investments to upgrade these vehicles as an alternative to the electric option.

Hydrogen is still in an experimental phase in public transport. In France, a “100% hydrogen” bus line has been in service in Pau since December 2019. Hydrogen buses also operate in Lens and Versailles. And the list of cities is bound to grow.

The hydrogen train could be an alternative option to diesel to run on non-electrified lines, provided that “green” fuel supply channels are established. The French railway manufacturer Alstom circulated a prototype hydrogen train in Germany in the fall of 2018, and it is now in the manufacturing phase.

The development of the French model has been delayed, but a contract with the SNCF is due to be signed on Wednesday. The goal is to have prototypes on the rails in 2023 and to run on pilot lines in 2024-25 in Auvergne-Rhône-Alpes, Bourgogne-Franche-Comté, Grand Est and Occitanie.

The aviation sector relies heavily on hydrogen to cut its emissions in half by 2050 compared to 2005, as has been committed.

Airbus has made the hydrogen aircraft a “priority strategic axis”, and is committed to its entry into service in 2035.