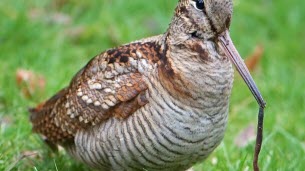 On several occasions, the association of Lyon Des Animaux Among Lyon has organized the inventory of biodiversity in the 1st district of Lyon. But until now, they had not made such an observation … A woodcock has been seen in the area of ​​balmes – wooded slopes along the Saone – with its choppy flight, its camouflage dress and its long beak. For the association, there is no doubt about the nature of the bird that has landed at the foot of great maples.

200 meters from the town hall

Usually observable in large conserved forests outside the urban world, it is surprising that such a specimen has been observed 200 meters from the Hôtel-de-Ville, in a straight line …

As a reminder, this association defends nature in the city and campaigns with its volunteers and permanent members to develop biodiversity in urban areas. They are especially at the origin of the creation of Gabiodiv on the banks of the Rhône, numerous ponds on the slopes of Croix-Rousse, inventories but also now the creation of plant walls are in process.