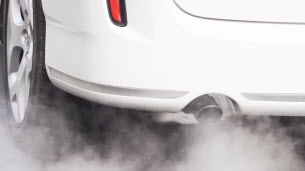 We already knew that fine particle air pollution influenced the risk of developing cancer. However, carbon soot was not known to have a particular impact. This has just been demonstrated by researchers from the Inserm (National Institute for Health and Medical Research), the University of Rennes 1, the School for Advanced Studies in Public Health (EHESP) and the University of Versailles Saint-Quentin-en-Yvelines.

Their study, published Wednesday in the journal EHP, focuses on a major public health problem: fine particle air pollution. The latter are responsible for thousands of deaths each year in France. They have even been classified as “certain carcinogens to humans” since 2013.

Already noted by WHO

But, according to the authors, “all the compounds in these particles probably do not have the same impact on cancer risk.” Therefore, they decided to take an interest in the influence of a particular compound: soot carbon. This component comes mainly from automobile traffic. It comes from incomplete combustion.

The World Health Organization (WHO) had already pointed out its general deleterious impact on health. This time, the researchers behind the study focused on the link between prolonged carbon exposure to soot and cancer.

20 to 30% increased risk of developing cancer

The scientists drew on health data from participants in the Gaze cohort, which gathers 20,000 tracked participants each year. The history of the place of residence of all the people studied during a period of thirty years was very useful to them. The researchers compared this information with estimates of the level of contamination in the participants’ homes.

Their findings suggest that “the higher the levels of carbon soot exposure in the participants’ homes, the greater the risk of lung cancer.” People most exposed to carbon soot since 1989 are 30% more likely to develop lung cancer than those least exposed. A figure that stands at 20% for other cancers.

The study shows for the first time that carbon soot is “partly” responsible for the carcinogenic effects of air pollution. The researchers hope that these results will make it possible to refine public policies in this area. The team will now study the health effect of other specific pollutants, including metals.