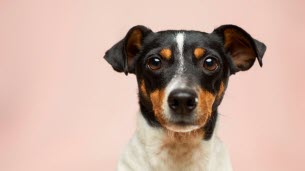 Your friendly little dog who has a very positive impact on your state of stress, what is more harmful to the climate than an SUV? This iconoclastic thesis is disputed to say the least, but despite everything, scientists point out that cats and dogs have a very real impact on the planet, just like humans.

In 2009, Brenda and Robert Vale’s book It’s Time to Eat Dog enraged four-legged owners. His conclusion was clear: the enormous meat consumption of a medium-sized dog has an impact on the planet twice that of an SUV driven 10,000 km.

It should be remembered that, according to the UN, the cultivation of meat is responsible for 15% of greenhouse gases, the main source of global warming.

The diet of dogs and cats in question

Ten years and several studies later, scientists disagree on the extent of the carbon footprint of dogs and cats, mainly related to their diet.

In a 2017 study, Gregory Okin, a professor at the University of California, Los Angeles, estimated that the 160 million American dogs and cats were responsible for 25 to 30% of the environmental impact of meat consumption in the United States. That’s 64 million tons of CO2, or driving about 13 million cars for a year.

Calculations based on “many inaccurate assumptions,” refutes Kelly Swanson, professor of animal nutrition at the University of Illinois, who specifies: “Most animal feed comes from by-products of the human food industry.”

“Today, the CO2 impact of conventional industrial pet foods is negligible,” adds Sébastien Lefebvre, from the VetAgro-Sup veterinary school in Lyon. Meanwhile, “not pretty” cuts of meat or offal that humans are picky about may be “valued by domestic carnivores.”

An argument that does not convince the Californian professor. Furthermore, “in certain countries such as the Netherlands (…) meat is produced for animal consumption,” says Pr Pim Martens, from the University of Maastricht.

In short, the researchers agree on only one point: the bigger your pet, the more negative impact it will have on the planet. In France, we are still talking about about 15 million of these quadrupeds.

In Perrache, it’s the hunt for faulty cobblestones and slabs

Ain. Prepare your great coats, the cold is settling in Ain