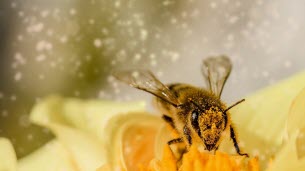 After the Constitutional Council, it is up to the State Council to validate the temporary return of neonicotinoids.

The State Council validated this Monday the provisional reauthorization of neonicotinoid insecticides in the sugar beet industry. The highest administrative court considers that it was not contrary to the Constitution or European law, which provides exceptions to its general prohibition.

Thus, the Council of State rejects the call of several NGOs that urgently demanded the prohibition of the return of these insecticides “killer bees”, temporarily reauthorized to deal with the fall of crops after the invasion of an aphid vector of jaundice.

Metropolis of Saint-Étienne. Preserve biodiversity through the development of ponds and hedges.