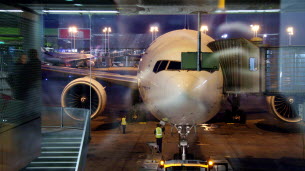 Its aim is to reduce greenhouse gas emissions from air transport, which were estimated at 23 million tonnes in 2019, or around 3.5% of France’s total carbon footprint. The CCC wanted the abolition of national airlines that could replace train travel of less than 4 hours.

In the end, the government only selected flights with an alternative train that could be done in less than 2 hours and 30 minutes. The government text could thus sign the end of Orly-Nantes, Orly-Lyon and Orly-Bordeaux. In 2019, these trips accounted for about 4% of domestic air travel outside the French overseas departments and territories and Corsica, or 1.1 million passengers, according to the specialist firm Archery Consulting. According to the Climate Action Network, the Paris-Rennes and Lyon-Marseille lines would also be affected.

Exceptions for connecting trips would be possible. On the other hand, the most broad national lines, namely Paris-Nice, Paris-Toulouse and Paris-Marseille, are excluded from the bill.

However, a Paris-Nice generates 2.5 times more tons of CO2 than a Paris-Bordeaux, according to a Greenpeace report based on data from 2019. A passenger connecting Nice with Paris by plane emits 39 times more CO2 equivalent in the air only if it did the same. train ride.

The text also ratifies the existing: the government had effectively forced Air France to give up most of these affected routes in exchange for financial support in May 2020. The bill will mainly prohibit the airline’s competitors from rushing into the infringement .

It is not surprising, therefore, that environmentalists consider the measure insufficient. For Delphine Batho (EELV), the “capital debate” is the “decline of the airline sector”. On the contrary, the deputy LR Martial Saddier, warns of the consequences for the aviation sector, in crisis since the beginning of the pandemic.

Concerns shared by some MoDem deputies, who unsuccessfully demanded the removal of the article. The co-rapporteur Jean-Marc Zulesi, for his part, demanded the “good balance” of the article, which would make France “the first country to act in accordance with the law” such a measure.

Expansion of the “Traverse” is progressing well

Environment. Classification of bio-waste in 2023: is the Jura ready?