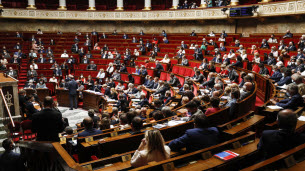 In accordance with the proposal of the Citizen Climate Convention and the promise of Emmanuel Macron, the draft constitutional revision that seeks to integrate environmental protection into the Constitution is being examined today in the National Assembly. An inscription of special importance.

The Constitution, the highest legal standard

Revising the Constitution is not trivial. And for good reason: it is the legal standard superior to all others in French law. In other words, all existing norms must respect the principles enshrined in the Constitution.

To modify the latter, two solutions are possible. The President of the Republic may present a draft revision to Congress. Three-fifths of parliamentarians must vote in favor for it to pass. Otherwise, the revision project must be adopted in the same terms by the National Assembly and the Senate before being submitted to a referendum. It is this second option that the government chose.

The first referendum since 2005

Therefore, it is necessary that the two chambers reach an agreement before the registration is approved or not by the French. The constitutional bill that will be debated until Thursday in the Assembly aims to modify article 1 of the Constitution by inserting the phrase: “The Constitution guarantees the preservation of the environment and biological diversity and combats climate change.”

But the timetable is tight for the government, which is limited by the health crisis. There is no guarantee that a vote can take place before the end of the five-year period. However, three weeks ago, Pierre-Alexandre Anglade, rapporteur of the text to the Assembly, considered possible the holding of a referendum next September. It would be the first to take place in France since 2005. At that time, the French had to vote on the European Constitution. The “no” had won.

The executive had already tried twice to modify article 1 of the Constitution. In 2018, he wanted to integrate the phrase: “[La France] acts for the preservation of the environment and biological diversity and against climate change. “In 2019, he wanted to add:”[La France] promotes the preservation of the environment, biological diversity and action against climate change ”. Two failed attempts.

And this constitutional revision is not only wanted by the majority. Julien Bayou, the National Secretary of the Greens, evokes a “great cultural victory”. Since the Constitution is at the top of the pyramid of norms, decisions or laws that go against the climate and biodiversity may be declared unconstitutional in the future. Therefore, they could be annulled, repealed or not applied.

But some constitutional and political experts believe that the inclusion of environmental protection in the Constitution will not change much, given that the Environmental Charter was incorporated since 2005.

This text of constitutional value already recognizes the fundamental rights and duties related to the protection of the environment. It is also considered more accurate than the arrangement currently being discussed at the Palais Bourbon. I am not sure, therefore, that the constitutional revision has a concrete influence. Everything will depend on the interpretation made by the Constitutional Council in the years following its adoption.

Bourg-en-Bresse. Enedis will install beehives in its operational base

ZAC des Tuileries: completion of the development of public spaces

Many participants in the nature cleanup operation