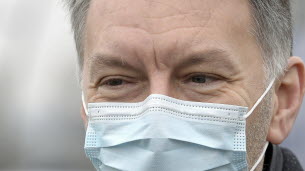 Having followed a responsible and ambitious policy for many years in the fight against pollution, Sytral is committed to a true technological and ecological revolution that fulfills one great goal: the fight against air pollution, announces a press release from Sytral.

Thus, starting in 2021, about 400 new vehicles equipped with the latest technologies will gradually be put into service to complete and renew the fleets of the TCL and Libellule networks.

It is in this proactive approach that the first natural gas bus in the Libellule network will be put into service on Monday, March 8. “This new bus inaugurates the greening of the Villefranche-sur-Saône public transport network and contributes to the energy transition of our regions. This is an important first step ahead of the upcoming rolling stock renovations scheduled for 2022, ”said Sytral President Bruno Bernard.

Powered by BioGNV, a green fuel produced from industrial waste, with a 30% share from renewable sources, this new bus will alternatively run on line 1 that connects Limas with Jassans, serving in particular the Villefranche station and line 3 that connects the Gleizé hospital. to the Carrefour de l’Europe in Villefranche.

By not emitting smoke or odors, this vehicle guarantees a reduction of particle emissions and noise pollution by 50% compared to a thermal vehicle, which guarantees greater comfort for passengers and residents.

New equipment to strengthen the security of the Libellule network

In order to strengthen the quality of the public service and ensure the safety of travelers in the Libellule network in an optimal way, Sytral has completed the deployment of an on-board video protection system on board the 31 vehicles of the fleet thanks to a closure investment. of € 100,000. In addition, Sytral is currently experimenting on line 1, a real-time alert button system for drivers, in collaboration with the city of Villefranche, the Center for Urban Supervision (CSU) and the municipal police.

These new devices are part of a prevention and education approach for travelers and reflect Sytral’s desire to make fighting insecurity a priority, the press release concludes.