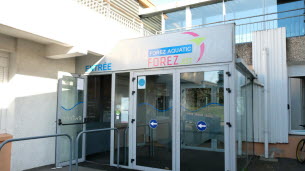 Who said switching to renewable energy consumption would be easy? Having this type of energy that comes from renewable resources (hydroelectric dam, wind turbines, solar panels, etc.) implies that the CCFE (Community of Communes of Forez Est) gets a little more hand in the wallet. “Le Siel (Syndicat intercommunal d’énergies de la Loire) explained to us that green electricity had an additional cost of 2 euros per megawatt hour (MWh) and at least 12 euros for green gas”, explains Grichka Levy, responsible for the Plan project climate for the community of municipalities. Therefore, the latter refused to integrate part of these energies in its latest group purchase contract covering 2021-2023.

Do not lengthen the bill

The young man adds: “The average increase in the cost of energy consumed by 4% per year, which we had calculated, reduced profitability. ”

“We are not against these energies,” says Gilles Dupin, vice president of sustainable development. If we choose not to buy these energies immediately, generating an additional cost, it is because we do not want to increase the bill. Grichka Levy adds that current energy savings do not cover the increase. The community of municipalities thus decided to renovate their buildings first to increase their savings and, later, to have the possibility of absorbing the additional cost of green energy.

The CCFE is renovating its buildings to finally reduce its energy consumption. “We currently consume 3,273 MWh per year of electricity and gas,” says Grichka Levy. The PCAET (Plan Territorial Air Energy Climate Plan), a local application of the Paris Climate Agreements, has set the goal of this consumption reaching 2,780 MWh per year. year in 2026 ”.

As Gilles Dupin explains, the renovation of the CCFE buildings, playing with the attic and the boilers, will reduce energy consumption. A review is underway to determine areas for improvement. The community of municipalities will then adapt its renovations according to the proceeds of the works and financial opportunities, such as the calls for projects that arise.

If the PCAET has set a goal in terms of energy consumption, it has also done so for green energies. In fact, these renewable energies must cover 30% of the energy consumption of the entire CCFE sector in 2030. The renovation of buildings appears, therefore, as a first step towards the purchase of renewable resources.

A webinar on January 25 on the theme of “sustainable food”

The anti-glyphosate decree annulled by the administrative court