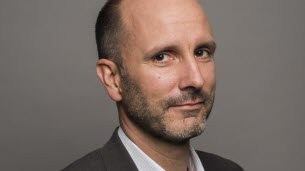 A new face at the helm of the Office National des Forêts Auvergne Rhône-Alpes. Nicolas Karr, appointed regional director, 46, took office in Lyon on March 1, succeeding Hervé Houin. The latter, who arrived in the Auvergne Rhône-Alpes in 2013, heads south, becoming the territorial director of the ONF Midi-Méditerranannée.

Chief Engineer of Bridges, Water and Forests, Nicolas Karr has worked for the ONF for twenty years. In 2001, he became Regional Director for Alsace, in a particular context marked by the challenges of forest production and the aftermath of the 1999 storm. In 2005, he was appointed Head of the Mountain Land Restoration Service (RTM) of Haute-Savoie. After Guyana (2011-2015) and the Hérault-Gard sector (2015-2021), here is Auvergne Rhône-Alpes.

It should be remembered that the ONF (National Forest Office) is an Epic (public industrial and commercial establishment) that manages public state forests (belonging to the State) and communal (belonging to municipalities). In the region, this represents 22% of the forest area, or 582,000 hectares, but only 4,000 hectares on the Rhone.