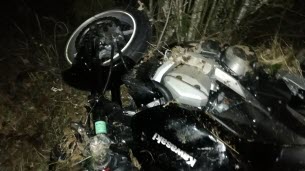 Following global warming and a shortened hunting period due to the Covid crisis, herds of wild boar are proliferating in the towns of Little Mountain. If this is good news for the animal world, it is bad enough for the agricultural world.

“Since 2020, around 200 hectares have been looted by wild boar in Gigny, Graye-et-Charnay, Loisia, Cressia and Véria,” says Graye-et-Charnay farmer Olivier Rochet. The forest massif, “In biolière”, a game reserve, has become a true sanctuary where “a sow can have three litters per year instead of two before”, specifies the farmer from Gaec Bichette.

Already affected by consecutive droughts and devastation of meadows by wild boars, farmers are experiencing significant loss of forage. For farmers, wild boars are overfed with 32 tons of corn spilled in 2019, that is, 106 kg for a wild boar. “Cereal unbalances the diet of wild boars who have to look for other proteins in the meadows”, laments Claude Gréa.

In addition to the devastation of the terrain, wild boars in close proximity to homes and roads pose the risk of accidents for cyclists and motorists. The mayor of Graye-et-Charnay’s concerns are now centered on the risk of swine flu proliferation. Herds of wild boar are getting closer and closer to the houses and “they cross the villages almost every day”, Claude Gréa emphasizes. “My herd has become accustomed to the presence of wild boars in the meadows, it is a risk in case of swine fever”, explains Olivier Rochet.

The president of the AICA of Gigny, Graye-et-Charnay and Véria, Patrick Bonin explains the proliferation of wild boars due to the decrease in the number of hunters. “We went from 100 to 58 hunters, and the hunters are getting old and we have fewer and fewer hunter-farmers,” the president said. For him, the granulation must be done in more isolated places and on a regular basis. However, each year the hunting society hunts around 80 wild boars. Patrick Bonin specifies that we will not be able to prevent the movement of wild boar in the municipalities.

Rudeness: a wild waste dump discovered in the city