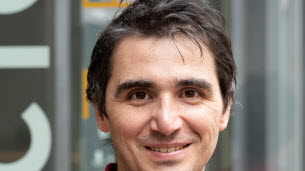 Time for The Planet, a non-profit company based in Lyon, wants to give itself the means to act on a global scale against climate change. Launched in December 2019 by six entrepreneurs, this unique investment fund has just announced its second million euros raised, in just three months, while it had taken almost a year to raise the first million euros.

For Mehdi Coly, one of the founders, Time for The Planet is “in exponential growth” which, if it continues at this rate, could allow it to raise “10 million euros from 2021”. This sum would be used to start up three first companies that develop innovations or projects that allow the fight against greenhouse gases.

One billion targeted in the long term, to create 100 startups

The initiative, which today brings together more than 14,000 associates, the vast majority citizens, but also communities, associations and nearly 700 companies of all sizes, aims to raise, in the long term, 1,000 million euros to finance one hundred start – UPS. Therefore, it is taking a new step on this path, gathering more and more committed investors.

As a reminder, these investors are not paid, the profits are used only for one cause, the fight against climate change. The participants in the adventure, who approve the projects based on one share / one vote, can contribute the amount they want, from 1 euro.