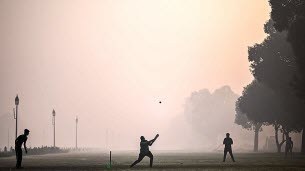 The numbers could be even worse than you think. According to a new study published Tuesday in the scientific journal Environmental Research by American and British researchers, pollution by fine particles (PM2.5, with a diameter less than 2.5 micrometers) caused by fossil fuels has been responsible for more than eight million premature babies. deaths in 2018, or 20% of adult deaths worldwide.

The energy produced by the combustion of coal, oil or natural gas is called “fossil energy”. These fuels, rich in carbon and hydrogen, are produced by transforming organic matter buried in the soil over millions of years.

If France is not one of the most polluted countries like China or India, pollution linked to fossil fuels would still be responsible for almost 100,000 premature deaths (97,242) each year, that is, 17.3% of all deaths.

However, since 2016, Public Health France has maintained the figure of 48,000 premature deaths in all its communications. A study published in March 2019 in the European Heart Journal, the medical journal of the European Society of Cardiology, already estimated the number of deaths related to air pollution, from all sources, at 67,000.

So far, particles of 10 micrograms per cubic meter averaged annually have served as a benchmark for assessing mortality from air pollution. But scientists have realized that these are not the most dangerous for humans. PM2.5 ya fortiori 1 infiltrate even more deeply into organisms and can be fatal.

As science advances, the known number of deaths from air pollution is likely to rise further, even if public policy is moving in the right direction.