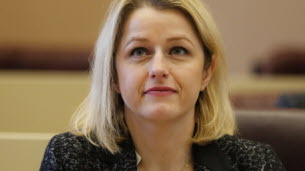 Barbara Pompili, Minister of Ecological Transition, arrives in Lyon by TGV this Thursday morning. The day after the presentation of her Climate and Resilience bill, the government member chose the metropolis of Lyon to illustrate several emblematic measures resulting from the proposals of the Citizen Climate Convention.

The one who belonged to the Greens, to the EELV then to the Ecologist Party, before joining the Presidential Majority, met with former colleagues in the person of the environmentalists Bruno Bernard and Grégory Doucet, respectively president of the Metropolis of Lyon and mayor of Lyon. The three will take a trip in one of the new generation electric buses currently being tested on the TCL network, before stopping at a cargo bike station, solutions for last mile delivery.

Before that, it is at the Écully Decathlon where the minister will begin her marathon journey, around the brand’s CSR policy. A visit to the bicycle repair shop, which has never been so successful, should put some balm in the heart of the determined environmentalist.

Another scheduled sequence, Barbara Pompili will take the new M6 / M7 carpooling lanes aboard the vehicle of a motorist who makes this trip every day to get to work. A visit to a car dealership will be an opportunity to discuss electric vehicles and conversion assistive devices. Another topic discussed, the reduction of advertising. A dense day in the offing for the minister who does not intend to spare his efforts against those who already punish a Climate and Resilience law at a discount.