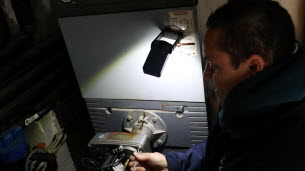 Electricity, the main source of heating in France (41% of households), is therefore the most expensive energy. However, the bill for the year will be lower than that of fuel oil users, whose homes usually have surfaces greater than 120 m², while those heated with electricity tend to be less than 100 m².

Thus, according to the consulting firm Effy, the millions of homes that are equipped with fuel oil spent an average of 2,108 euros in 2020, while the average bill of the French is estimated at 1,684 euros per household, with in detail, 1,147 euros for wood , 1,369 euros of gas and 1,777 euros of electricity.

(1) Figures taken from a survey published in January 2018 and carried out on the basis of the amounts declared by users of 17,766 energy balances on the site QuelleEnergie.fr (by Effy) in 2017. The average heating bill calculated here does not includes The cost of domestic hot water is not taken into account.