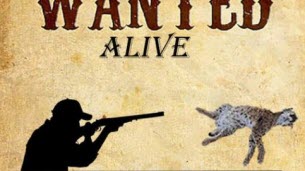 Poaching acts “cast doubt on our conservation actions,” underlines the Athénas Center, punctuating their comments with the hashtag #BalanceTonBraco.

The idea is to “break the law of silence”, “free the speech” of people who may have elements that allow identifying the perpetrator of an act of poaching and “prevent it from happening again”, explains Gilles Moine, director of the Center Athénas, based in the Jura.

“It is not shameful to report a crime of attack against the common heritage, it is a civic act,” estimated the association on its Facebook page, considering “a shame” “to commit this crime, to know the author.” and do not say anything. “” We do not want to replace the researchers of the French Biodiversity Office (OFB) and the gendarmerie, but to help them by providing them with convincing elements, “says Gilles Moine.

This crime is punishable by a maximum penalty of three years in prison and a fine of 150,000 euros. This is “the third proven illegal destruction of lynx” in France in 2020, the regional direction of environment, planning and housing said in a statement in early January (Dreal).