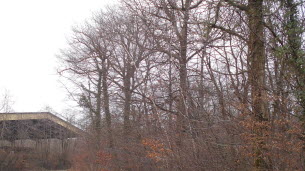 Like many surrounding municipalities, the Vincent-Froideville municipality was contacted in late summer by two operators, WKN and Total Quadran for the establishment of a wind farm. Namely, six wind turbines that cross the Vincent-Froideville forest area, (Commenailles road), as well as a forest area belonging to the municipality of Arlay. The proposals of these two companies were presented at a meeting of deputies on November 9 and then at a municipal council meeting on November 13 and 27.

“The wind from our Bresse Comtoise is not enough”

By mentioning this project, a group of inhabitants opposed to the project was formed. Defenders of the integrity of the local landscape, they count the annoyances inherent to the project: sound and visual, alteration of fauna and flora, considerable deforestation, drop in the price of real estate, among others. Some members of this group explain: “An operating wind turbine produces a noise of 40 decibels per day, in a radius of 1.5 km. In any case, the wind in our Bresse Comtoise is not enough. DREAL indicates that our area has “average” wind turbine capacity. We do not understand the meaning of advice. Vincent’s bell tower measures 35 meters, a wind turbine will be six times taller with huge construction restrictions, a very short life, problematic recycling often the responsibility of municipalities, and an industrial wasteland as a result, with six 1,500-tonne bases of concrete for life “.

In reaction, a petition was organized. Of 391 inhabitants, 247 could be contacted, to which 26 residents of La Tuilerie in the town of Commenailles and 32 in Desnes joined, for a total of 305 signatures against the wind project, or 98% of those consulted. To this are added 55 signatures of the hunters of Arlay and Desnes, the ACCA of Vincent-Froideville having been registered with the inhabitants. For the opponents, the latter will also be concerned about the occupation of forested areas by these wind turbines. This petition was recently presented to both the municipality and the prefecture.

Contacted, the mayor of Vincent-Froideville, Alexandre Mulat, denounces a dishonest and deceptive approach.

“The city council has never deliberated on the issue and no instructions have been given to keep the inhabitants in the dark, as we have heard, the city ensures its transparency. The truth: we must secure the future of our children in the face of climate change. That reflection, yes, we did when the developers contacted us. An informational meeting or discussion on the subject does not mean saying “yes” to wind power. Of course, a project of this type has negative impacts on the inhabitants and the natural environment, but there would also be positive effects such as economic development, reduction of taxes, the creation of new services. The problem is too serious not to address. We understand everyone’s reservations and concerns, they are legitimate but must be done in a democratic framework. If this debate is not successful, we will make other reflections in the direction of sustainable development, it is our commitment. “

A public consultation on the issue is already planned for the spring.