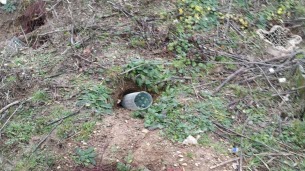 Unprecedented operation this week along RN 83, along the airport, where we could see a group of men scattered and leaning on the ground, under the road. In fact, gun-less rabbit hunters armed with … ferrets!

Rabbits, released in territories more conducive to their development

“This is the first time in this place”, explains Thomas Barberet, from the Departmental Federation of Hunters of Jura. The proliferation of rabbits has become a problem for the airport, crops and road users. By digging burrows everywhere they manage to damage the tracks and by overflowing at the edge of the road, they are the target of motorists ”. Ferrets are drawn into burrows and a net is stretched at the other end to collect trapped “victims”. “It is an operation prepared upstream,” says the Federation technician. We do not catch rabbits like that, we need capture and release authorizations from the Departmental Directorate of Territories. Because these rabbits will be reintroduced and released in areas more conducive to their development, such as the Little Mountain, and to avoid collisions ”.

This action was carried out under the coordination of the Federation of Hunters of the Jura with the help of hunters, volunteers and employees of the Directorate of Territories of the Jura. The latter allowed the collection of 51 rabbits that will savor the air of the Little Mountain and forget about the plain to enjoy a tranquility free of takeoffs and landings.