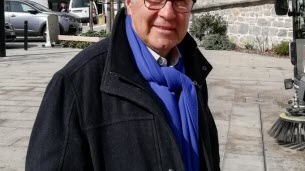 Turning off the public lighting was one of the many actions included in the Chambœuf team program, naturally. Containment and a curfew were invited to the environmental and budget objectives, which reinforced the position of the city council. Therefore, the decision to turn off public lighting (on an experimental basis) was approved in CM on October 29, with effect from November 12 in all sectors equipped with clocks.

After two months, André Charbonnier, mayor, wanted to review this experiment: “So far the experience has been generally positive. Many of the feedback we have from residents is favorable and the decision is welcomed. There was still negative feedback, and others that require some adaptations, especially in relation to the chosen schedules. “

And to continue: “The two-month retrospective that we have is insufficient to draw definitive conclusions on the environmental, technical and economic plans. That is why we have decided to meet in committee after 4 months, that is, on March 10, to take stock of this experiment. “