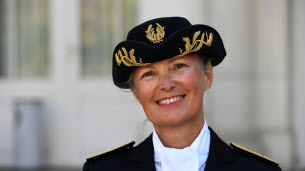 After the snow episode that caused the total blockade of the A 40 motorway, near the Bellegarde viaduct, from 3:30 p.m. on Tuesday to 04:30 a.m. this Wednesday, January 13 in the morning, the prefect of Ain Catherine Sarlandie of La Robertie is delighted that “there were no injuries to deplore” during this episode that saw some 2,500 vehicles stranded at the height of the crisis Tuesday night.

The representative of the State congratulated herself on managing the event with “the launching of a crisis unit and the intervention of important resources to provide assistance and rescue to those who were lost on the road.” If she regrets that “people are not sufficiently equipped with winter tires” and admits that “the cleaning of roads and cars has been very, very long”, Catherine Sarlandie de La Robertie underlines that “the crisis was very well managed by the services state, in conjunction with the Department, firefighters, gendarmes and highway administrators ”.

These “ordinary” animals that are disappearing from our field