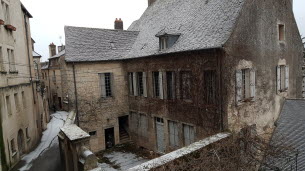 This Tuesday, January 12 in the morning, the Dolois were able to observe a thin layer of snow covering the roofs and roads when they woke up. 37 departments were placed, late Monday afternoon, under yellow snow and ice surveillance, including the Jura, until Tuesday at 4 pm

Unlike the upper Jura, but also its neighbors Dijon and Besançon, Dole rarely sees any major snowfall. Protected from the northeast or eastern flows (which favor cold and humidity) by the Jura massif, Dole is really safe: the snow overlooks the city. In 2006, however, they fell 50 cm in the plain that borders the city of Pasteur.