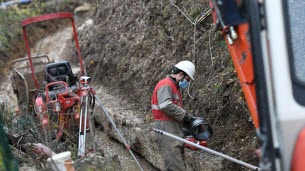 Ecla adopted a substantial work program in December 2020 on sanitation. The territory is made up of 12 different sanitation systems. Among them, the so-called Vallière system that collects wastewater from eight municipalities to transport them to the Montmorot treatment plant (STEP), and that of Sorne collects wastewater from nine municipalities to transport them to the Courlaoux WWTP.

In December, Ecla validated its master plan for the Vallière and Sorne sanitation systems: it is about scheduling all the work to be carried out over a period of 10 years. In total, the allocated budget will amount to 27 million euros until 2030. “The water agency subsidizes the work on the networks as much as possible, but not on the treatment plants,” said Philippe. Fournot, Ecla CEO for Sanitation Issues, during the last community council. One of the goals is to convert the unit networks into separate networks, allowing the clear water (rainwater) to be separated from the wastewater. Because sewage treatment plants perform worse when they have to absorb too much clear water.

“Currently, we are 80% in the unit network, says Philippe Fournot. We will also try to waterproof 155 hectares so that the soil ingests the water better, so that it no longer enters the network. “Thus, 41.4 km of the Vallière network will be separated in 10 years, and 10.9 km for the Sorne system, out of a total of 381 km of network. In 2021, Ecla will dedicate about 3.1 million euros to it.

“This will influence the sanitation fee, but I can’t say how much,” explains Philippe Fournot. We no longer have any other option, the State imposes this work on us. It is an ambitious program. “

You toast. A new ambulance at the fire station.

aid for more efficient housing with the CCFE

Lyon. A woodcock seen on the slopes