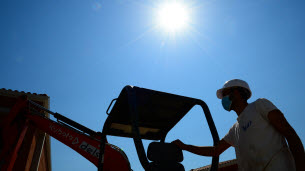 2020 joined 2016 in the highest echelon of the world’s hottest years, in the apotheosis of a decade of record temperatures that still attests to the “urgency” to act against warming, according to the European Copernicus service on change. climate (C3S). The year 2020 ended at 1.25 ° C above the pre-industrial period, as did 2016. But “it should be noted that 2020 equals the record of 2016 despite a cooling La Niña,” insists the C3S service.

While 2016 was marked by a strong El Niño episode, a natural oceanic phenomenon that causes an increase in temperatures. According to NASA and the World Meteorological Organization (WMO), El Niño would have contributed between 0.1 and 0.2 ° C to the global temperature of 2016.

“It’s pretty clear that absent El Niño and La Niña impacts on temperature from year to year, 2020 would be the hottest year on record,” said Zeke Hausfather, a climatologist at the Breakthrough Institute, noting that the world has gained 0 , 2 ° C per decade since the 1970s.

The WMO, which is due to release consolidated figures shortly by combining data from various official agencies, said in late December that 2020 would rank among the three hottest years.

This warming already exceeds the targets of the Paris Agreement. But these targets are for the entire planet and it is known that the lands are warming faster than the oceans and that some regions are warming much faster, such as the Arctic, where temperatures in 2020 were 6 ° C above the level. from sea. reference mean.

In this same Arctic region, particularly Siberia, the year was also marked by an “exceptionally dynamic” wildfire season, releasing 244 megatons of CO2, “more than a third more than the 2019 record.” .

Beyond a single isolated year, the period 2015-2020 is the hottest on record and the last decade (2011-2020) is also the hottest since the beginning of the industrial age.

“It is not surprising that the last decade has been the warmest on record, and it reminds us once again of the urgency of ambitiously reducing emissions to avoid adverse climate effects in the future.” , underlined in a press release Carlo Buontempo, director of C3S.

These damaging effects are already being felt across the globe, from melting sea ice to exceptional heat waves, to torrential rainfall or the latest record hurricane season in the Caribbean.

And the worst is yet to come. The planet has gained at least 1.1 ° C compared to the pre-industrial era, and already has its share of weather catastrophes. But despite the Paris Agreement targets of keeping warming well below + 2 ° C, if possible + 1.5 ° C, current commitments by states to reduce greenhouse gases are still a long way off. from this. way.

Despite the measures taken against the Covid-19 pandemic and the slowdown in the economy that caused a record drop in CO2 emissions in 2020 (-7% according to the Global Carbon Project), the concentration of CO2 in the atmosphere continued to increase. , according to data from the Copernicus satellite. Reaching an “all-time high” of 413 ppm (parts per million) in May 2020.

“While carbon dioxide concentrations increased slightly less in 2020 than in 2019, there is no need to rest on our laurels. Until net global emissions are reduced to zero, CO2 will continue to decline.” they accumulate in the atmosphere and cause further climate change, “warned Vincent-Henri Peuch, head of Copernicus’ atmosphere monitoring service.

“CO2 accumulates in the atmosphere like water in a bathtub. If we reduce the tap flow by 7%, the level rises more slowly but continues to rise. We must turn off the tap to stabilize the climate. “said Stefan Ramstorf of the Potsdam Institute for Climate Impact Research.