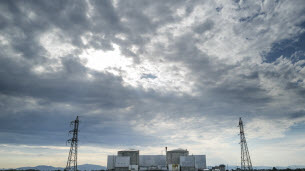 The manager of the electricity transmission network in France (RTE) launched this Friday an appeal to the French to reduce their electricity consumption while the cold has settled permanently in France (between -4 and -4.5 ° C per below seasonal norms).

Therefore, he advised the French to take several measures in the morning to “avoid any risk of localized outages.”

It took no less for the twittosphere to heat up, Marine Le Pen and Florian Philippot at the helm, to point out the one responsible in their eyes: the government that closed last June the last nuclear reactor in Fessenheim in Alsace.

Why is this partially true?

If the two reactors at Fessenheim were still in operation, the French power grid would not be as energized. This decision taken by François Hollande and implemented by Emmanuel Macron has withdrawn some 1,800 megawatts of capacity from French production. To compensate for these losses, and while awaiting the opening of the third reactor in Flamanville (Manche), constantly postponed, the government has turned to renewable energies. Problem: On gray, windless days like now, the wind and the sun are fighting. Hence the need to import electricity (not always clean) from our neighbors like Germany or restart the controversial French coal-fired power plants.