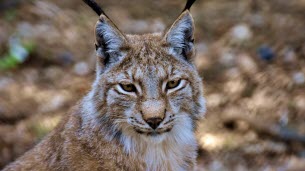 A northern lynx has been shot dead in eastern France and an investigation has been opened for illegal destruction of a protected species.

A dead lynx was found on December 31 in the Jura massif, in the department of Doubs, report our colleagues from the Republican East, and an “autopsy showed that the animal was killed by a firearm.” ”Said the Regional Directorate for the Environment in a statement.

The third lynx killed in a year

This new case of lynx poaching “is seriously damaging the lynx population in France,” where the species is considered endangered, he said. “In 2020, this is in fact the third proven illegal lynx kill.”

A judicial investigation was opened to identify the person or persons responsible for this crime, punishable by a maximum penalty of three years in prison and a fine of 150,000 euros.

These cats are particularly frowned upon by hunters, because they capture a large number of prey.

The only big wild cat in France

Recognizable by its beige fur and large pointed ears, the Eurasian lynx is the only large wild cat present in France. Two thirds of the lynx population in France, which amounts to around 150 individuals, are found in the Jura massif.

The animal is also still present in the east, in the Alps and, sporadically, in the Vosges mountains.

The State services have been preparing a National Action Plan since 2019 that aims to “restore the French boreal lynx population to a favorable conservation status” and “the fight against illegal destruction is one of its priorities,” says the Department. of Environment.

From Myanmar to Russia: a world in turmoil

On the deviation of Pertuis / Saint-Hostien, the beginning of the legal battle