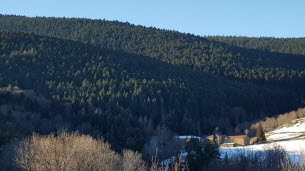 “The animation of the future forest charter will be based on professionals and the wood industry and not only on the administrative sector”, explains Stéphane Heyraud, president of the community of municipalities.

Elected officials voted unanimously on the governance convention for the future forest charter.

This convention organizes the operation of the letter. “Whether it is the permanent consultations between the co-signatories, the creation of a steering committee, a technical committee, but also the financing methods”, sums up Denis Thoumy, sixth vice president of the community of communes of the Monts du Pilat.

It must be said that this forest charter associates four inter-municipal authorities (Monts du Pilat, Pilat Rhodanien, Saint-Étienne Métropole, Vienne-Condrieu Agglomeration) and the Parc du Pilat. Hence the need to organize all this.

Each of these entities has, in its own way, an interest in the forest, either to produce or use wood or to benefit from the benefits of the forest.

This letter takes the name Pilat in reference to its main forest area. Its territory covers the whole of the Parc du Pilat.

Between 2012 and 2018 a first letter was made. The Parc du Pilat was the host at the time. This will no longer be the case with this new version.