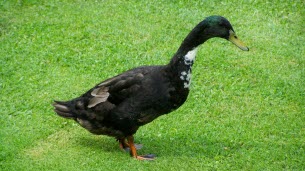 A farm located in Baigts-de-Béarn (Pyrénées-Atlantiques) was forced to slaughter its 2,800 ducks on Monday, January 4. As South West reports, some had been affected by H5N8 avian influenza.

“On Saturday, we saw clinical signs in some ducks: lack of tone, head not being straight,” says the site manager, who immediately warned veterinary services. They carried out tests that showed that the ducks were indeed infected with bird flu.

The farm is located less than two kilometers from the Landes, where this virus is raging. The latest ministry report shows 61 confirmed outbreaks of highly pathogenic avian influenza in farms and animal facilities as of January 1, including 48 in this department alone. Discovered in France in mid-November, this strain of avian influenza has already killed about 200,000 ducks and is expected to cause at least 400,000 more.

communities and institutions are also doing it