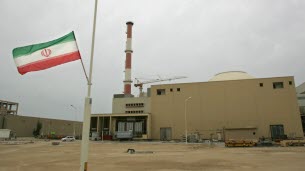 Iran has started the process to produce 20% enriched uranium at the Fordo underground plant, 180 kilometers south of Tehran, well above the threshold set by the 2015 international agreement, state television was quoted as saying by the government spokesman on Monday.

In a letter dated December 31, Iran had informed the International Atomic Energy Agency (IAEA) of its desire to produce 20% enriched uranium.

According to the latest available report from the UN agency, published in November, Tehran enriched uranium to a degree of purity above the limit provided in the 2015 agreement (3.67%) but did not exceed the 4.5% threshold and it still complied with the Agency’s strict inspection regime.

But the case has been experiencing turmoil since the murder in late November of an Iranian nuclear physicist, Mohsen Fakhrizadeh.

Following this attack attributed by Iran to Israel, the Iranian parliament passed a controversial law calling for the production and storage of “at least 120 kilograms per year of 20% enriched uranium” and to “end” the inspections. of the IAEA, with the intention of verifying that the country does not seek to acquire the atomic bomb.

The Iranian government had opposed this initiative denounced by the rest of the signatories of the 2015 agreement, who had asked Tehran in December not to “compromise the future.”

As of May 2019, Iran had already begun to free itself from the main commitments made under the Vienna agreement aimed at limiting its nuclear program in exchange for the lifting of international sanctions against it.

This disconnect began a year after the United States’ unilateral withdrawal from these accords, followed by the return of heavy US sanctions that deprived Iran of the expected consequences of the accord.

Bourg-en-Bresse. Le Scratch, the only restaurant with a green star in Ain

Manziat. The public weight, a building transformed throughout history